Tanoue Shinya always stresses that one of the important themes for his pieces is the concept of the shell. Shells and husks of fruit, seashells and eggshells are all commonly parts of his inspiration. These shells all represent the circles of life to the artist, since the shell is connected with those things that create new life in the first place, most notably the egg.

Cobalt blue is a constant theme in his pieces, which represents the oceans from which life came on the Earth. In a manner of speaking, wombs are the shells of human beings. In a way, these ceramic pieces represent memories of leaving the womb, which every person has at least experienced if they can’t recall. 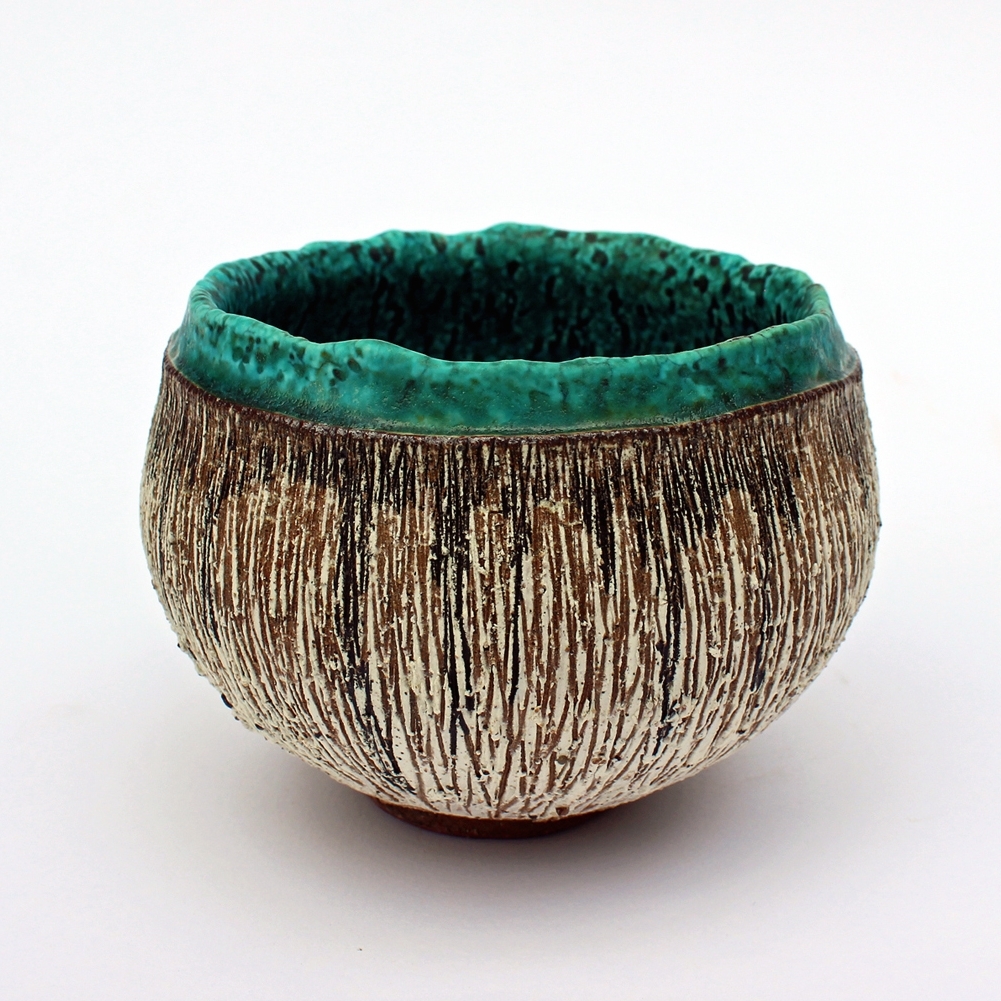 Tanoue Shinya uses a needle to sculpt the holes in the slip on these ceramic pieces.Memories such as these are indicative of leaving the protective and comfortable feeling of the womb and instead entering the harsh reality. These pieces are, of course, anything but harsh considering their marked lack of straight lines, which commonly reference artificiality. Most artists see straight lines as industrial, and each of his pieces is made from a slip placed in a coil that features a number of strikes with a needle. This is all completed before the final glazing process is preformed.

Unlike many artists, Tanoue Shinya doesn’t actually draw a line between contemporary and traditional ceramic styles, since it’s so difficult to bundle the different perspectives against differing definitions. Some artists feel that the contemporary is the end of a track of tradition, and thus refuse to disturb it with various opinions. Other artists heavily emphasize the growth of traditional skills. 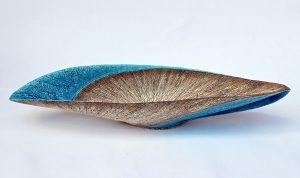 Each piece by Tanoue Shinya is in some way inspired by the shape of a shell.

This artist feels that the truth is somewhere between these two notable extremes. Actually Tanoue-sensei compared it to the disciplines of Sumo and Judo, saying that he wished to always be on the Judo side but additionally empathizing with those who practice Sumo as well. That’s certainly an interesting way to look at the issue, and perhaps one that many people who are quick to judge could learn from.

It might very well be this wisdom that let him continue to be so successful in the end. For instance, he has had work placed in the Museum of Ceramic Art in Hyogo as well as the prestigious Museum of Kyoto. Three museums in the United States have also put his work on display. Truly the ceramic work that comes from these shell concepts has developed a real international appeal.