Between Thursday April 28 and straight on through May 12, the Mizen Art Gallery will have the honor of introducing a seldom viewed collection of ceramic pieces from Okinawa. It isn’t often that these pieces are put on display outside of the Japanese prefecture by any means. This should therefore be looked at as quite a rare opportunity for those who want to get the chance to appreciate art they might not otherwise get a chance to see in their entire lifetime.

Okinawa is an archipelago that has preserved its unique culture separate from the rest of Japan. At one point it was indeed an independent country known as the Kingdom of Ryukyu, and its culture is quite a blend of different influences. Mainland China, Taiwan and Japan are all located along trade routes that ended up intersecting with Okinawan ports. The kind of cultural blending that happened from this actually ended up influencing almost every aspect of life in the islands. 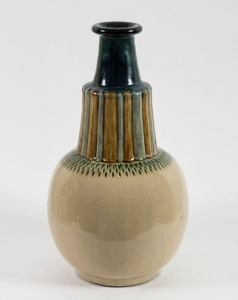 Exposition Ryukyu will be showing off Okinawan art pieces at the gallery, which are actually for sale.

Each of these individual cultures has influenced art in Okinawa at one time or another. What makes this form of artistic syncretism so unique, however, is the fact that Okinawa has maintained such an independent spirit from Japanese, Chinese and Taiwanese identities. It has even been able to preserve its living language right on to today. Independence juxtaposed with influence really helps to define art from this part of the world.

Several applications are extremely traditional, and while they might not be seen much in the modern era, understanding them is key to having a better understanding of the pieces that are going on display at the Mizen Art Gallery. Japanese finishes like kaiotoshi and senbori, which itself involves a special form of engraving, have been incorporated into ceramic art at large. However, Okinawa ceramics are free and dynamic. 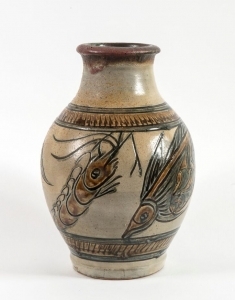 By extension, these concepts have been incorporated back into mainstream Japanese art as well. Many of the free types of expression that became popular in Okinawa ultimately became reintroduced into Japan over time. Ceramics taught in more northern parts of Japan can sometimes feature these types of techniques.

Nevertheless, they are still quite distinctly Okinawan in spite of the fact that they have a rather cosmopolitan flavor that comes from the fact that yakimono techniques like these are influenced by three different distinct cultures. It creates a dichotomy in ceramic art that has to be viewed in person to really be appreciated.