The Contrasts of Potters in Okinawa

More than anything, the pottery of Okinawa has been distinguished by the high contrast of bright colors as well as its unique indigenous style. It certainly incorporates outside ideas, but stands quite separate from others. What makes the collection at the Mizen Art Gallery so interesting, though, is that it actually is available for private sale, at least at the time of this writing. Naturally in the future it will more than likely end up in the hands of proper collectors.

The collection includes works by the individuals considered to be the most famous among Okinawan ceramic art. Kobashigawa Eisho, Kinjo Jiro and Aragaki Eizaburo are called the three great men of Tsuboya. These three individuals carried on an unusual tradition. Those who are familiar with the history of the area can certainly relate. 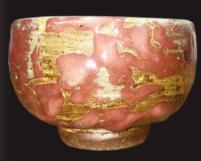 Ryuku was ultimately extended to the Yaeyama and Amami islands during the Sho Hashi era, which brought it ever closer to Taiwan. Diplomatically, the kingdom was actually a tributary state of the Ming and later Qing dynasties in China. Korea, Vietnam, Japan and Thailand were actively trading with the island kingdom. Imperial Ming authorities had banned trade with the Japanese people, so the Lord of Satsuma used Ryukyu to establish relations with China.

Kilns were built all over the island in order to produce items that couldn’t constantly be imported. By the early 17th century, Wakuta was producing most of the ceramics in Okinawa. Chibana and Kogachi later established their own traditions. Pottery was centralized by royal decree in 1682, when Naha became the center of Ryukyuan pottery work. This centralization lead to the emergence of a particular new style, and that style was completely unique.

Kilns in Okinawa certainly do excellent work by any means.

Centralization brought with it a total combination of all the influences that others were working with, considering the fact that potters were forced to work together and thus brought their previous trade along with them. Tsuboya is of course best associated with this style. Nearby islands like Miyakojima, Kumejima and Ishigakijima remained important through production as well.

Two types of ceramics have been made under official direction in Tsuboya. Before the Meiji period, potters were working in the Arayachi style with unglazed clay, mud or a manganese glaze. These pieces were generally large storage jars for water or an Okinawan alcoholic beverage called Awamori. Smaller jars like Masu Bin and bottles used to measure doses of Amawori were also attested to during this period.